Caldwell described the endonasal approach to dacryocystorhinostomy (DCR) in 1893, but this approach was abandoned because of the technical complexities of the procedure. With the advent of endoscopy, there has been a renewed interest in the endonasal approach to DCR. Endoscopic laser-assisted DCR (ELA-DCR) has been the subject of much interest since its introduction in 1990 by Massaro et al. Despite its advantages, ELA-DCR has failed to become for widely accepted, clinical data have been sparse, and the effectiveness of this procedure has not been fully evaluated. The success rate of ELA-DCR in published small-series studies has ranged from 68.4% to 100%. More recently, Hartikainen et al compared the success rate and operative time between ELA-DCR and external DCR (EXT-DCR). In that report, the success rate 1 year after surgery was 91% for EXT-DCR and 63% for ELA-DCR. Their study also showed the operative time for ELA-DCR was three times shorter than that for EXT-DCR, with an average duration of 23 and 78 minutes respectively.

The document pages (in jpg) containing the full article are below this post. 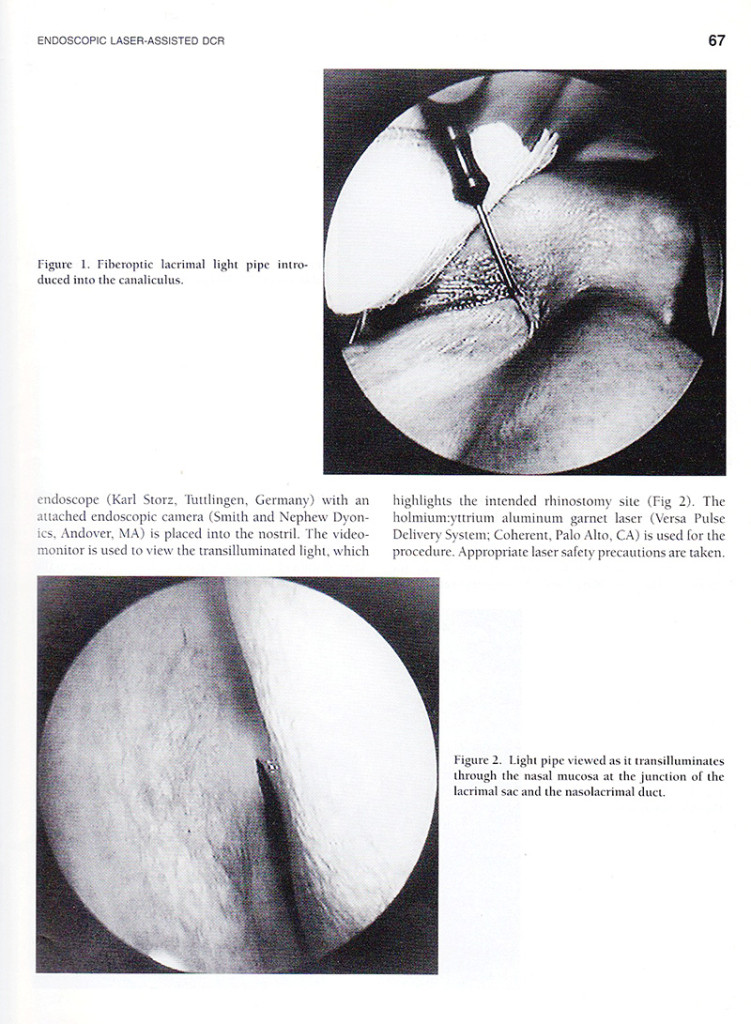 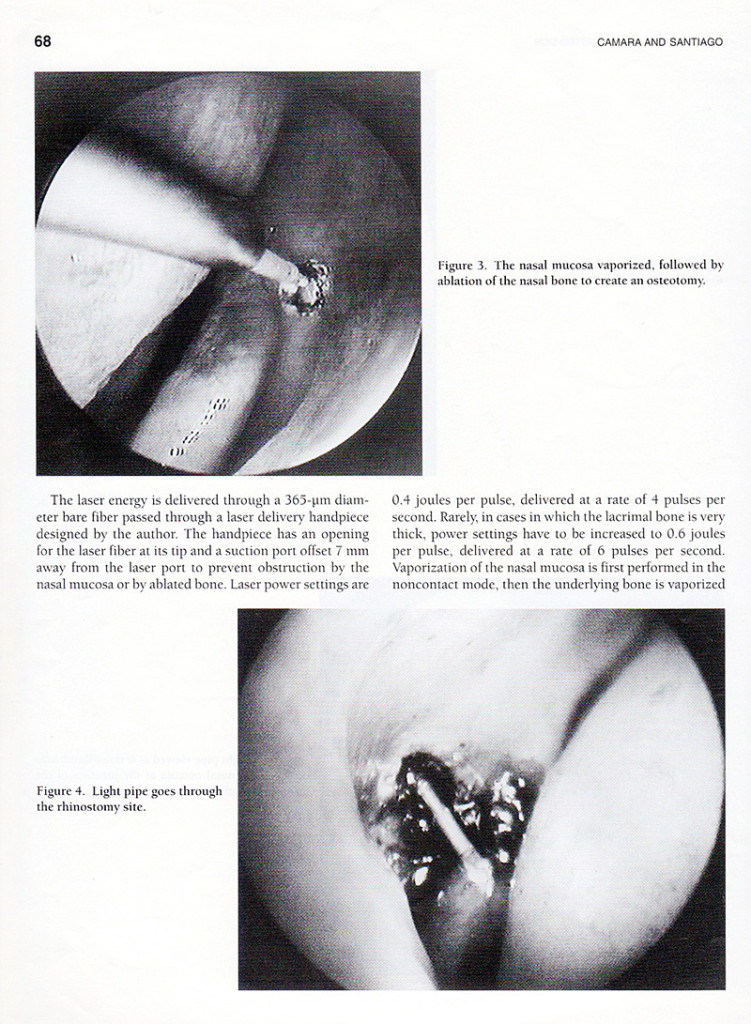 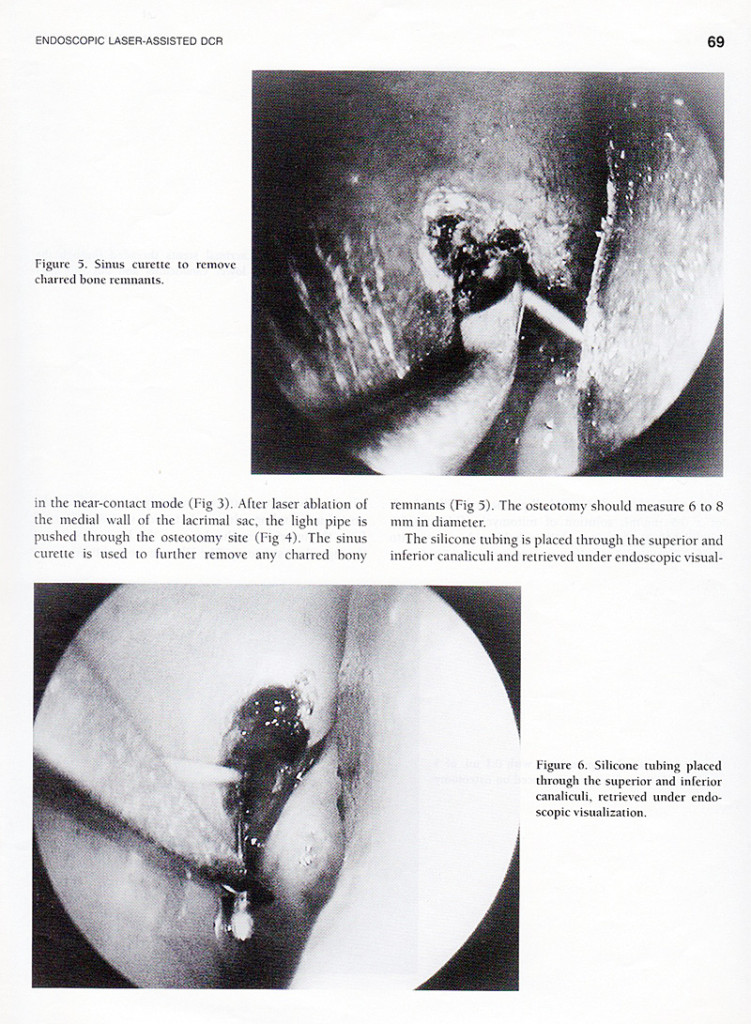 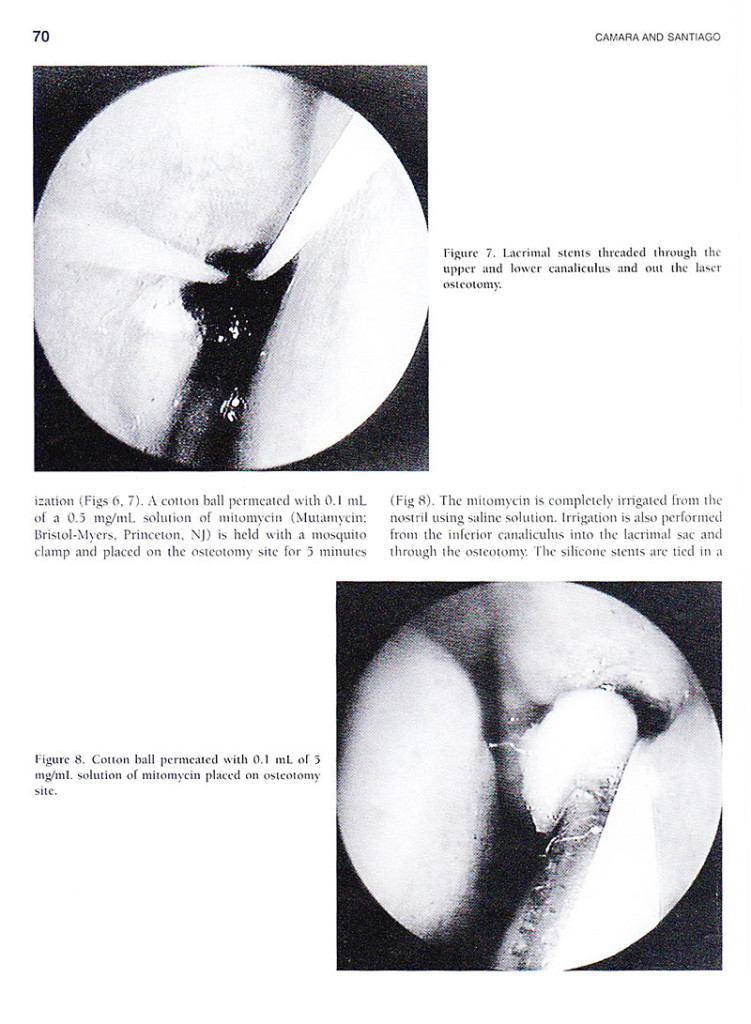 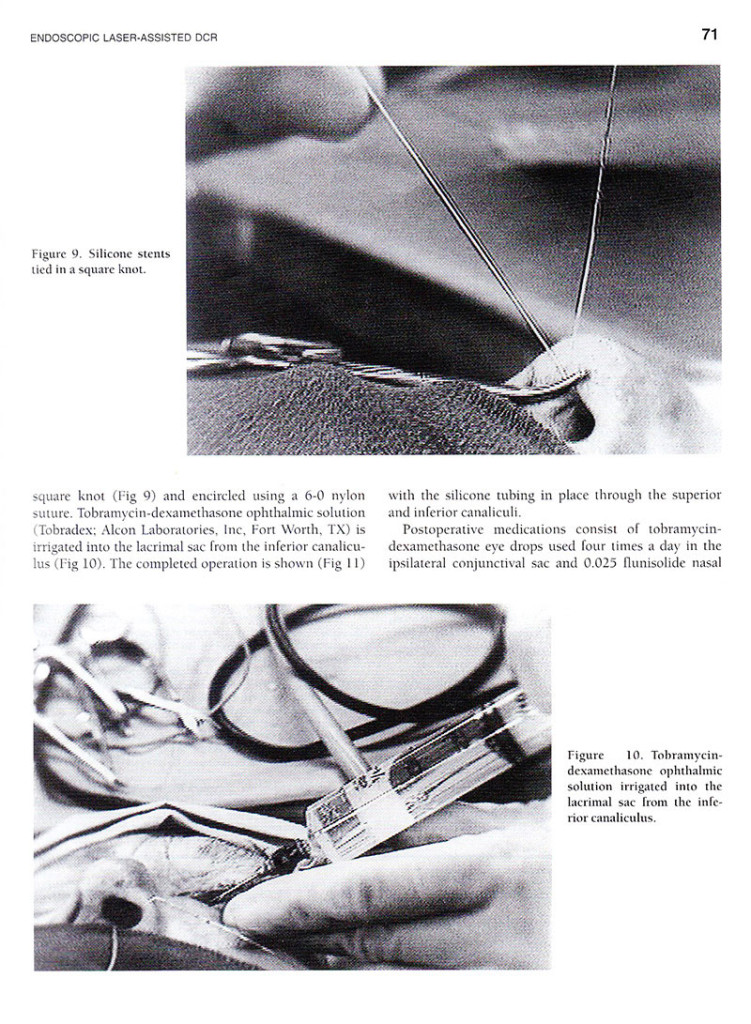